In the fall of 2019, Apple decided to break into the video game market and take a bite out of it. To do this, the guys from Cupertino came up with a special service. 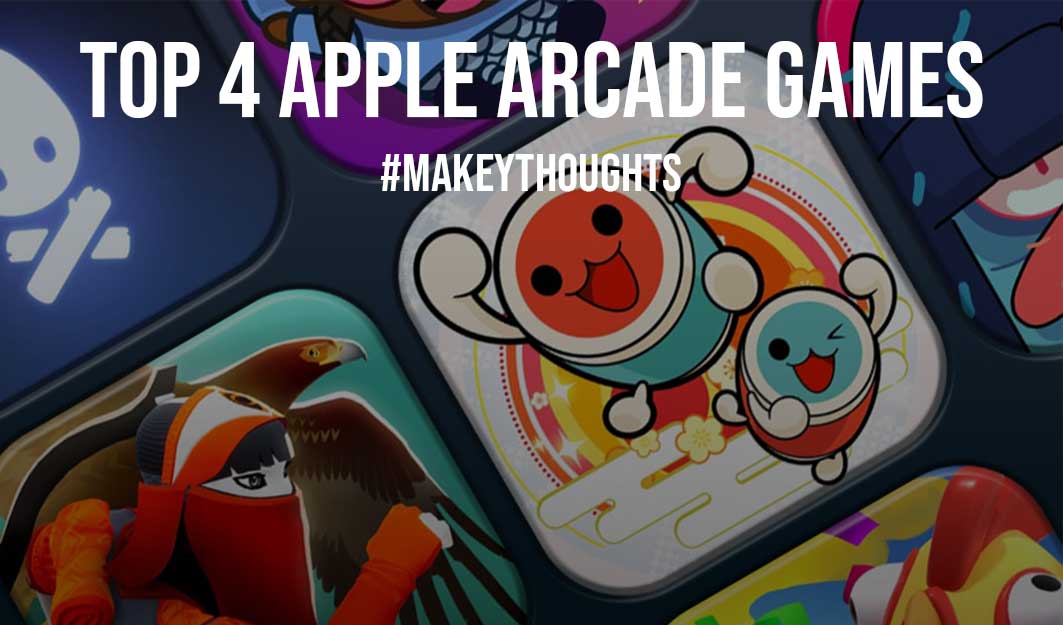 The launch was accompanied by a powerful PR campaign, lucidly explaining why exactly Arcade is a service that can be compared to the best bookie in terms of functionality. What is actually offered to users?

“What’s going on here and who are all these creatures?” – These are the kinds of thoughts that arise when you first encounter Creaks. The game’s art design and soundtrack are not the least of the factors contributing to this. The studio Amanita Design managed to create a fascinating game with a special psychedelic atmosphere.

The game’s plot is ordinary – in one of the walls of his room, the main character discovers a secret passage to the underground city. Because of his lack of self-preservation instinct, he sets out on an adventure.

During the journey, the hero will encounter “creeps” – the inhabitants of the mysterious world. They must be bypassed, solving puzzles of varying levels of difficulty.

Tasks in Creaks can make you sweat. Switches, switches, switches, stairs, doors, and ingenious combinations of the aforementioned will be at your disposal. Particular attention in the game is paid to light, with which “creaks” are transformed into motionless furniture.

Also Read: Download the Mobile Games You are Addicted

Rayman Mini is the direct opposite of the bleakly Creaks. In the game, you will have to travel through the colorful micro-worlds of wildlife. The reason is that Rayman has been put under a spell and shrunk to the size of an ant. To return the character to his former glory, the player goes on a dangerous journey.

The adventure consists of 48 story levels. The player will visit a variety of locations: a tree crown, a rabbit hole, a swamp.

In addition to the main storyline, Rayman Mini has music levels and challenges that increase the level of coolness of the player. Three different characters are available in the game, as well as many skins – they help refresh the gameplay.

Rayman Mini is a dynamic platformer-runner that constantly keeps the player in suspense. Rayman encounters many intricate obstacles on his way, collision with which will lead to a restart of the level.

Shinsekai: Into the Depths

The creative flair of the Japanese never ceases to amaze. In Shinsekai: Into the Depths, the gamer will be sent to conquer the mysterious depths of the ocean floor. The main character of the game is a lone impersonal aquanaut. He lived quietly and peacefully in his underwater house, but one day was forced to leave it in a hurry and go on a trip.

Shinsekai: Into the Depths is a metroidvania game. The player will have to fight sea monsters, keep track of his equipment and dive further and further into the depths of the ocean.

To move up (or rather, down) on the plot you need to upgrade your wetsuit with valuable minerals. At the disposal of the aquanaut is an underwater gun. Ammunition for it can be crafted from resources that are dropped from defeated enemies.

The plot of Shinsekai: Into the Depths consists of a dozen levels. Each of them will take the gamer about an hour of time. The levels are distinguished by musical accompaniment, which further immerses the player in an atmosphere of loneliness and despair. The story has two endings.

Unfortunately, after a few hours, the gameplay becomes monotonous, and uncomfortable touch controls add fuel to the fire. Shinsekai: Into the Depths is better to play with a gamepad.

This is a meditative adventure puzzle game. In the story, the protagonist goes on a sacred journey, but gets lost and disappears into a mysterious world.

The player will have to help Ugolok (that’s the name of the protagonist of the game) to return home. At the same time, he will have to solve puzzles and help the “abandoned” – other charcoals, who have lost their inner fire.

The gameplay of The Last Campfire is mostly about solving puzzles and reading dialogues with NPCs. The puzzle mechanics are not overly complex: the player will have to move platforms, pull levers, redirect air currents, etc. Almost all of the puzzles presented in The Last Campfire are unique and not repeated.

Artistically, The Last Campfire looks gorgeous. It very skillfully conveys the atmosphere of the dark and mysterious world of the game.

The narrative is also immersive – the story is told with a female voice offscreen and the dialogues are heartfelt. The Last Campfire is passed literally in one evening but leaves a lot of food for philosophical reflections.